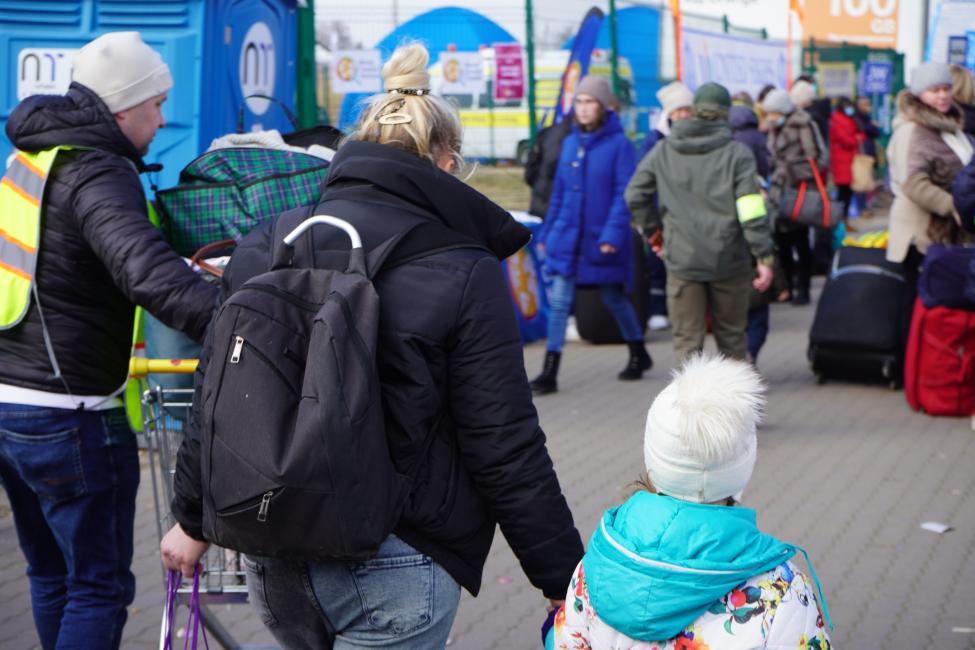 Warsaw – As people fleeing the war in Ukraine continue to seek safety in Poland, the International Organization for Migration (IOM) is further strengthening its capacity to respond to their immediate needs and address the medium and long-term impacts of the crisis.

Since the beginning of the war, IOM Poland has provided, essential items, information and referral services to Ukrainians and third country nationals, as well as capacity building for local authorities, volunteers, and humanitarian partners.

The vulnerabilities of new arrivals and the overstretched reception and response capacities have led to increased humanitarian and protection needs, especially along the Poland-Ukraine border, where long queues, low temperatures, and lack of services paint a grim scenario.

In response, IOM is further expanding its activities with support from the Government of Japan, the United States Government, the Council of Europe Development Bank, Switzerland’s State Secretariat for Migration, and the UN Central Emergency Response Fund (CERF). The activities will cover seven border crossing points and reception centers, as well as larger urban areas such as Warsaw, Krakow, Wroclaw, and Poznan.

The war in Ukraine has prompted one of the largest humanitarian crises in recent times. More than 6.5 million women, children, and elderly people have been displaced within Ukraine and more than 3.8 million have been forced to flee the country.

“Before I arrived here, I hid in a bunker for days. I had no access to washing facilities, my clothes are torn and dirty, I need something clean to put on,” said Iryna, an elderly woman at the Medyka border-crossing point where thousands continue to arrive daily. “I came alone. I have a son who is visually impaired. He could not come with me… I fear for him.”

Poland has received nearly 2.3 million people fleeing Ukraine, roughly 60 per cent of the total population that have fled to neighboring countries, and IOM has recorded the arrival of over 96,000 third country nationals to the country.

“On the fifth week since the start of the war, the needs of millions of people arriving in Poland continue to grow,” said Lívia Styp-Rekowska, IOM Poland Chief of Mission. “Our presence in key locations will help deliver life-saving assistance to newly arrived Ukrainians and third country nationals.”

Given the massive influx of vulnerable people into Poland, IOM is extremely concerned about risks including exposure to gender-based violence (GBV), trafficking in persons, and lack of reliable information on existing services and referral pathways. As part of IOM’s response, Humanitarian Border Management support will be key to identifying vulnerabilities and human trafficking cases promptly and strengthen coordination and referrals with authorized actors during screening and registration procedures in border areas and urban centers.

IOM is mobilizing teams and boosting capacity in Ukraine, Poland, and other neighbouring countries to respond to the growing humanitarian needs of Ukrainians forced to flee the country, those internally displaced, and stranded third country nationals.

As the war continues, support to neighboring countries is critical to ensure dignity and meeting the mid-term needs of refugees, including housing, skill development training, job placement, and children’s education.